If you’ve lived in Northern Utah during any summer, you’ve likely heard of the Huntsville Pancake Breakfast that takes place every year on the Fourth of July. It’s certainly worth adding the tradition to your patriotic holiday, but to take advantage of all Ogden Valley has to offer, here are a few tips from the locals. 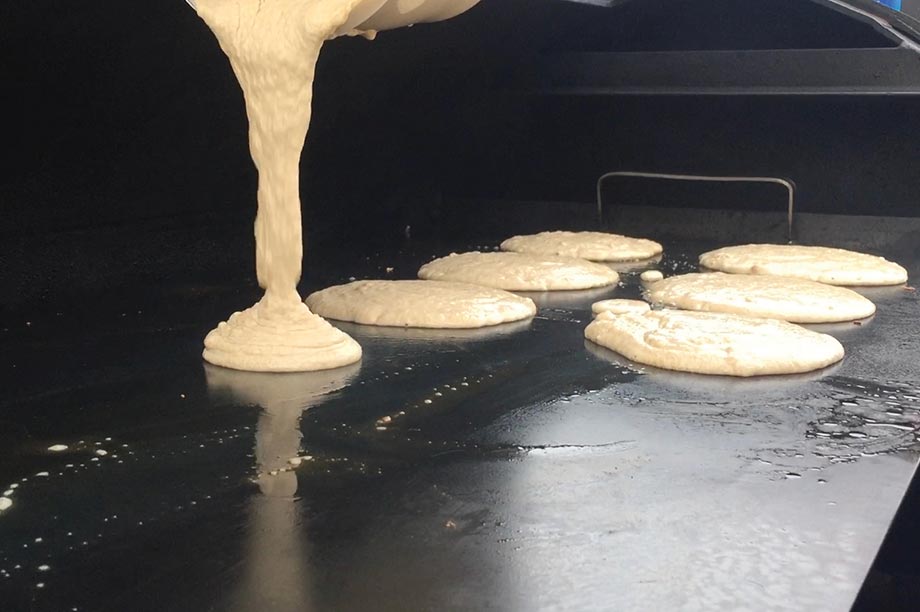 Pancake breakfasts are a staple to kick off the day of festivities. There’s nothing like gathering with friends and family for this annual tradition. Both Huntsville and Liberty offer options for breakfast; Huntsville at 7:00 and Liberty at 7:30. There’s always an age old debate as to which town offers the more flavorful fare. We don’t have a preference on this one, but the overarching recommendation is to get somewhere early, whichever place you choose.

A Tale of Two Parades 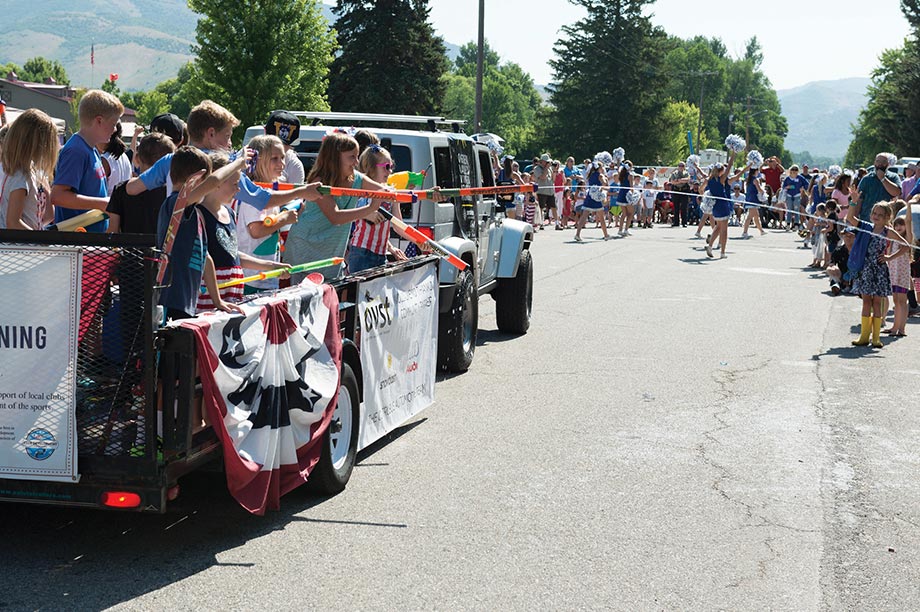 If you’re a traditionalist when it comes to a good Independence Day Parade, then Huntsville is the parade for you. The parade includes floats, both patriotic and otherwise, bands, fire trucks ancient and modern, some local businesses, the local junior high cheer squad, and a cadre of local politicians.
Liberty offers more of a do-it-yourself style parade. This is the kind where if your ambitious children want to decorate their bikes and ride along, more power to them. You want to fire up the old 1956 John Deere? Go for it. This is more of a parade by the people, for the people (they live in Liberty after all).

Any outsider would most likely consider both of these celebrations “rural” and “hometown.” But the Liberty Days activities have generally been described by the locals as more small town, particularly because of the arena games such as mutton bustin’, chicken catch, and the pig chase. These activities emphasize a “hands on” approach to entertainment and are just as exciting for adults as they are for kids. There are also more traditional park games like tug-o-war, three legged races, a cake walk and horseshoes. These activities all begin after the parade at 10:00 am.
The activities in Huntsville on the other hand, start early with the Patriotic 5k or One Mile Fun Run, beginning at 7:00 am. The run and pancake breakfast is followed up by a Fourth of July ceremony, parade and F-16 (or possibly F-35) flying over. Following the parade, the children’s activities begin around 11:00 am and go until 2:00 pm.

This tip favors Liberty Days, hands down. When you throw a pile of kids into a huge vat of water teeming with rainbow trout, hilarity ensues. The Fish Catch (and we use that term loosely) begins when the fish arrive, usually around 1:00 pm. If you haven’t seen this before, your imagination can only run wild at the mayhem generated by this event: kids up to their knees in water surrounded by frantic trout doing all they can to swim another day. It’s pure YouTube gold right there. Besides, when the festivities in Huntsville are winding down, you may as well make your way to the land of Liberty.

Make a Break for the Lake 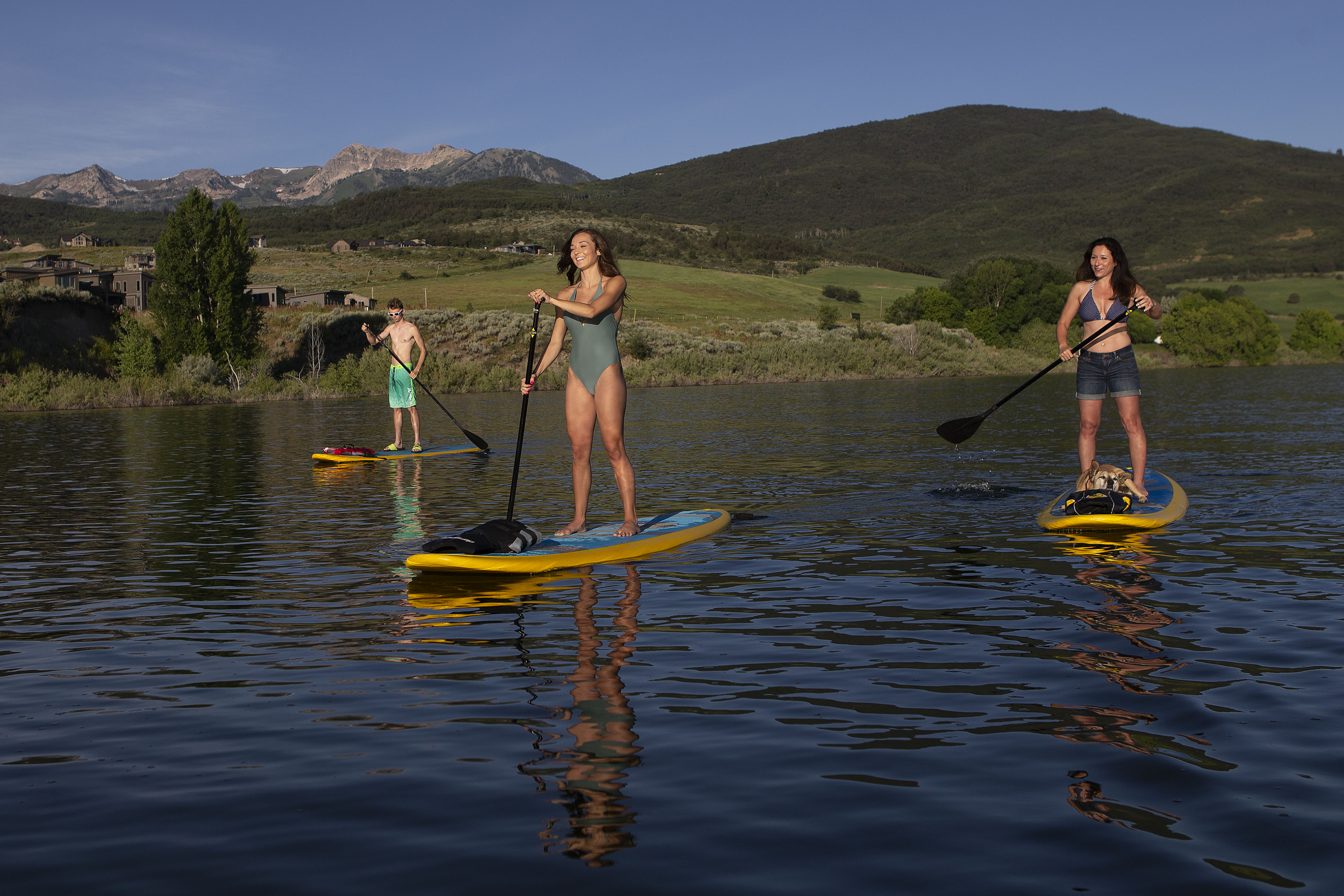 Both Huntsville and Liberty offer spectacular festivities when the air begins to cool and the hues in the sky turn a notch warmer. Liberty Days hosts live music, dinner and dancing, while Huntsville will be hosting a hypnotist, other entertainment, and family country dancing. One thing both of these towns have in common is a fantastic reworks show.
We politely remind you of the traffic that can sometimes surround the escape from such shows, which is why we recommend making a trip to Windsurfer Beach, Cemetery Point, or any other number of launch points at Pineview Reservoir to enjoy both reworks shows from a paddleboard, kayak or canoe. This option can provide an exciting experience for your little ones as you paddle around as a family, or may stimulate a romantic evening just for two while enjoying the pyrotechnic masterpieces from the quiet, still water of the lake.

Whatever you favor, you can’t go wrong in Ogden Valley. Folks around here are about as patriotic as they come, and also some of the most kind-hearted people on the planet. Who can blame them? Look around. Smell the clean air. The truth of the matter is, it’s no coincidence the names of cities here are Liberty and Eden, with Paradise just over the pass to the north.

If you’re interested in staying over the Fourth of July, check out our lovely Huntsville, Utah lodging options. Once you experience the area, you won’t want to leave. Live here with our Homes for Sale in Huntsville, Utah or Liberty Real Estate. There’s no such thing as a bad day in the mountains, let us be your guide.

Offering the closest lodging to Snowbasin, Mountain Luxury Lodging is a collection of townhouses, condos and luxury homes situated in Eden and Huntsville Utah. These vacation rentals are perfect for weddings or serene getaways and include customer service with amenities surpassing that of a 5-star hotel.

Thoughtful thoughts to your inbox

Sign up for our latest and greatest deals, events, new properties and more!

When do you plan on staying?

What state do you live in?
If there is a travel deal we'll let you know. 😉